For 28 years Claire has loved living in New York City. Suddenly the city has become a dark and dangerous place. She’s being stalked by a psychopath who thinks he’s in love with her. She’s afraid to leave her apartment, afraid to tell anyone, afraid for her life. She can’t go on like this. She has to make it stop somehow. Even if she’s doing it wrong.

Claire was unprepared for a sudden onset of crazy person trouble. And Claire has made mistakes, there’s no denying that, but when she’s finally driven to the edge she sets out to fix them. Before she loses everything.

Author’s note: This story is a mishmash of fiction and reality, though I’ll never say which is which. I’m all too familiar with the lengths to which people can and do go in pursuit of a demented fantasy or to protect themselves. And with the private hell of keeping secrets.

“It’s a page turner with a distinct voice…”

A little bit about how this book came to be.

This is a novella written in the form of an anonymous blog. Many of the events are based on real events, some are pure fiction. Maybe not the ones you would think. I’ve had some incidents of stalking and violence in my own life and had to fight to be free. I got self-defense training from Model Mugging and volunteered with the organization for a few years. That helped me a lot. After friends of mine were mugged in my Brooklyn neighborhood I became an auxiliary police officer and helped patrol to keep the area safe. My experiences have made me more determined to try and make things better, in my own life and for others.

I wrote this story over several years and published part of it as blog in exactly the way Claire would have, except that I used my own name. In all that time only one friend of mine found it. Who, by the way, thought it was true and contacted me about it to sympathize. What that made me realize is: there are a LOT of blogs out there. And it seems that one small needle in the blog haystack is actually fairly anonymous, especially if you were to disguise where it came from, which I didn’t.

I spoke with the police at my local 78th precinct in Brooklyn to find out the procedure they would follow in a case such as this one. The detective there was incredibly helpful and informative. I also researched stalking and stalkers exhaustively online, as well as drawing on some of my own experiences. It turns out that a lot of people do pretty much everything wrong under pressure. The lucky ones survive in spite of themselves. I did. 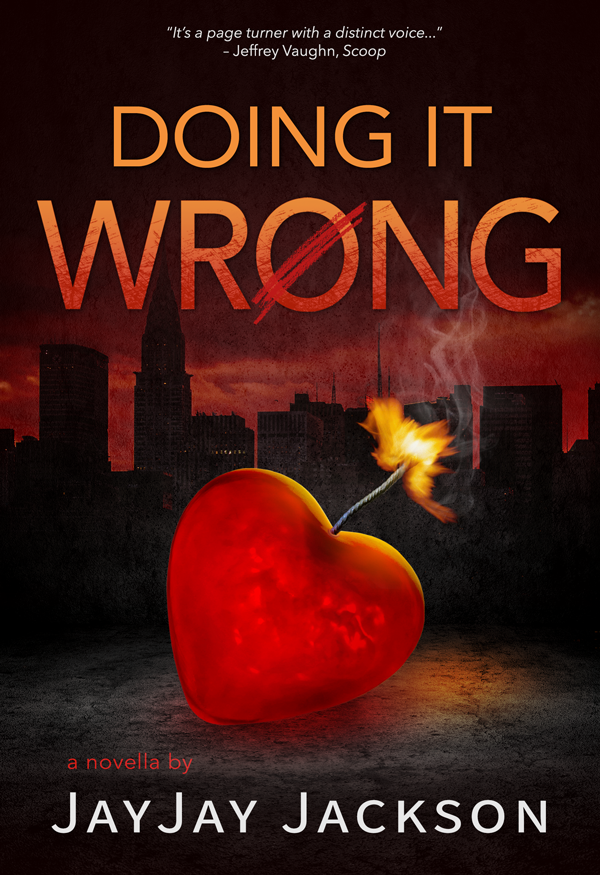